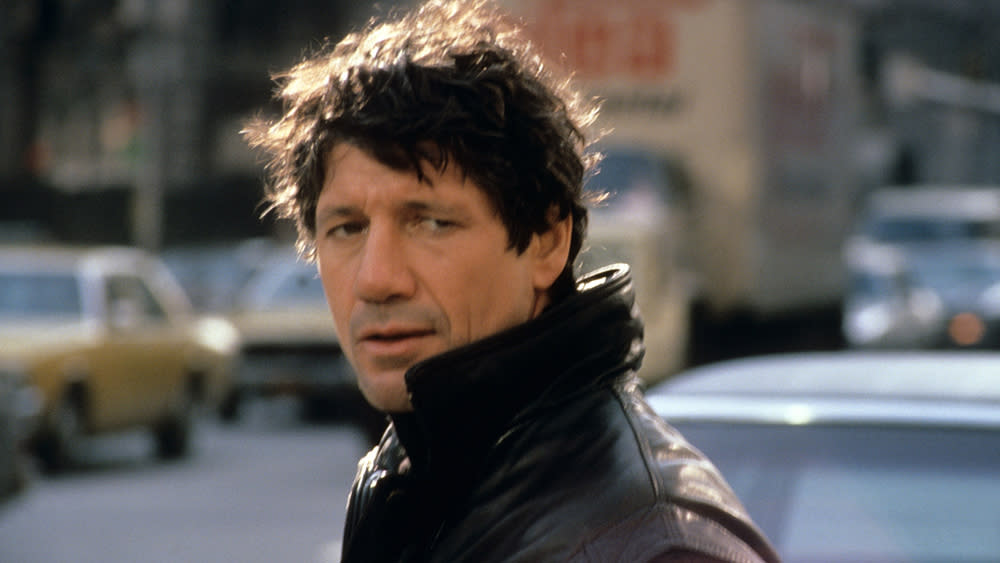 Fred Ward, who starred in films including “Henry and June,” “Tremors,” “The Right Stuff” and “The Player,” died May 8, his publicist confirmed to Variety. Hey what 79.

There was a certain retro quality to the actor’s persona that Ward made seem more akin to Humphrey Bogart or John Garfield (although not quite with those actors’ level of charisma) than to his contemporaries, and it did not seem at all affected. He appeared to be the sort of fellow who hailed from the South Side of Chicago or Hell’s Kitchen, but he was actually from San Diego.

He recurred on NBC’s “ER” as the father of Maura Tierney’s Abby Lockhart in 2006-2007 and guested on series including “Grey’s Anatomy” and “United States of Tara.”

The actor played President Reagan in the 2009 Cold War espionage thriller “Farewell,” directed by Christian Carion, and had a supporting role in the 2013 actioner “2 Guns,” starring Denzel Washington and Mark Wahlberg.

In Don Siegel’s “Escape From Alcatraz” (1979), Ward and Jack Thibeau played convict brothers who are partnered with Clint Eastwood’s Frank Morris in engineering the clever, daring purported escape from the Rock. (The bodies of the three men were never found, so it is unclear whether they truly escaped or whether they simply drowned in San Francisco Bay.) The film was vastly more interested in the mechanics of the escape than in developing the three prisoners as characters .

Ward brought his trademark grit to his portrayal of the courageous, intelligent astronaut Gus Grissom in 1983’s “The Right Stuff,” Philip Kaufman’s epic story of the early space program. Perhaps because Grissom ultimately lost his life in service to NASA (he was command pilot on Apollo 1, but before its launch on Feb. 21, 1967, the command module interior caught fire and all three men aboard died), audiences were especially sensitive to the portrayed in “The Right Stuff.” The film chronicled the Project Mercury spacecraft incident in which the emergency explosive bolts fired after splashdown and blew the hatch off, causing the ship to flood. A NASA investigation cleared Grissom of blame in the incident, but the way it was portrayed in “The Right Stuff” suggested that Ward’s Grissom had panicked and fired the explosive bolts as a result.

In Ron Underwood’s horror-comedy “Tremors,” one of several films that boosted Ward’s career and came out in 1990, Ward and Kevin Bacon showed enormous chemistry as a pair of handy men who end up saving a hardscrabble Nevada desert community when the town is beset by giant underground snakes, not unlike the sandworms of “Dune.” “Tremors” made only $16 million, but it narrowed enormous affection on the part of moviegoers on cable and home video and spawned four sequels. The Washington Post said: “As the handymen, Bacon and Ward make a good team. Ward, who didn’t quite cut it as superhero Remo Williams, has the rugged looks and good humor of a friendly desperado, while Bacon continues to move beyond his glamor-boy roots and prove himself as an actor.”

In the quirky but painfully violent Alec Baldwin vehicle “Miami Blues,” Ward played Sgt. Hoke Moseley, the cop who’s after Baldwin’s sociopathic Fred Frenger. Roger Ebert wrote: “The actors struggled manfully with their roles. Baldwin, who is good at playing intelligence, is not so good here at playing an ex-con with a screw loose. Ward does a better job with the police sergeant; in movies like this and the underrated ‘UFO,’ he sits back and takes everything in and plays the cynic who will really bother you only if you really bother him.”

Later in the year came “Henry & June,” a movie that afforded Ward the opportunity to stretch as an actor in ways he simply hadn’t before. In the film, directed by Ward’s “The Right Stuff” helmer Philip Kaufman and based on the book by Anais Nin, the actor played renegade novelist Henry Miller, who pushed the envelope in his writings of what was acceptable in exploring sexuality. The film depicted the intellectual and psychosexual dynamics between Miller, his wife June (played by Uma Thurman) and the erotically engaged French novelist Nin in Paris in the early 1930s.

Critics and moviegoers ended 1990 with the sense that Ward was an engaging actor with more range than previously suspected.

Next he starred as Det. Harry Philip Lovecraft in the intriguing HBO movie “Cast a Deadly Spell,” set in a noirish 1940s Los Angeles in which supernatural abilities are pervasive. David Warner and Julianne Moore also starred in the film, which the Chicago Tribune called “wildly successful,” declaring that “screenwriter Joseph Dougherty has concocted a menacingly charming environment.”

In Robert Altman’s 1992 Hollywood satire “The Player,” Roger Ebert said the director surrounds Tim Robbins’ Griffin “with the kind of oddball characters who seem to roll into Los Angeles, as if the continent was on a tilt: Whoopi Goldberg as a Pasadena police detective who finds Griffin hilarious, Fred Ward as a studio security chief who has seen too many old ‘Dragnet’ episodes, Sydney Pollack as a lawyer who does for the law what Griffin does for the cinema, Lyle Lovett as a sinister figure lurking on the fringes of many gatherings.”

In 1993’s “Two Small Bodies,” a two-hander directed by Beth B. and based on a play, the whole film rested on the performances of Ward and Suzy Amis. The New York Times said: “’Two Small Bodies’ is a sharply focused, intense drama about a woman whose young son and daughter are missing, and the detective who thinks she may have murdered them. There aren’t many actors able to carry a two-character film, but Suzy Amis and Fred Ward are among the few who can. Eileen Maloney and Lieutenant Brann engage in a stylized dance that is antagonistic, sexual and unsettling as it reveals the dark impulses beneath their obvious social roles. The best part of the film is watching Ms. Amis and Mr. Ward, who are endlessly fascinating as they find the emotional and psychological disruptions beneath the calm surface of their characters.”

In director Altman’s 1993 film “Short Cuts,” based on short stories of Raymond Carver, Ward was among the men whose fishing trip is interrupted when they discover a dead body in the river.

Freddie Joe Ward was born in San Diego. He did a three-year stint in the Air Force, after which he developed an interest in acting and studying at the Herbert Berghof Studio in New York. Ward then went to Europe, where he helped dub Italian films into English.

He made his screen debut in the 1973 miniseries “The Age of the Medici,” directed by Roberto Rossellini. He had a small role in the feature “Ginger in the Morning” (1974), starring Monte Markham, Susan Oliver and Sissy Spacek. After a small role in “Tilt” (1979), starring Brooke Shields, Ward essayed his first substantial film role in “Escape From Alcatraz” that same year.

Ward starred with Powers Boothe and Keith Carradine in Walter Hill’s “Southern Comfort” (1981), which takes a group of arrogant National Guardsmen whose guns are loaded with blanks into the bayous of Louisiana, where they irk the Cajuns, who know the territory intimately . Despite the too-obvious metaphor for Vietnam, it was an effective thriller.

The next year he had his first lead role in cult classic “Timerider,” in which he played Lyle Swann, an off-road motorcycle racer (in a bright red leather biking suit) who’s accidentally sent back via a science experiment to an Old West replete with villains and female distractions. The film did not do much for Ward’s career, as his fan only discovered it later on cable and home video.

Reviewing the 1982 film for DVD Verdict in 2001, Patrick Naugle wrote: “’Timerider’ is filled with some colorful and funny performances. Fred Ward is an underused and underrated actor, to everyman who can deliver dialogue with a fresh tilt that works for many of his characters. Here Ward plays Swann as a laidback racer, a guy who just wants to go home with minimal trouble from his surroundings.”

After “The Right Stuff,” he had a supporting role in “Silkwood” as a deadpan Native American “who likes to tell demeaning Indian jokes,” in the words of critic Glenn Erickson, and in the Goldie Hawn WWII homefront film “Swing Shift ,” in which he played the loudish nightclub owner with whom Christine Lahti’s character is having an affair.

“Remo Williams: The Adventure Begins” (1985), which came after “The Right Stuff” was an attempt to make Ward into an action star, but it was critically drubbed, and the movie’s domestic gross was only $14 million. But while he never became an action star, many of his best roles were still ahead of him.

Ward was married twice, to Silvia Ward and Marie-France Ward. He is survived by a son, Django, from his first marriage.