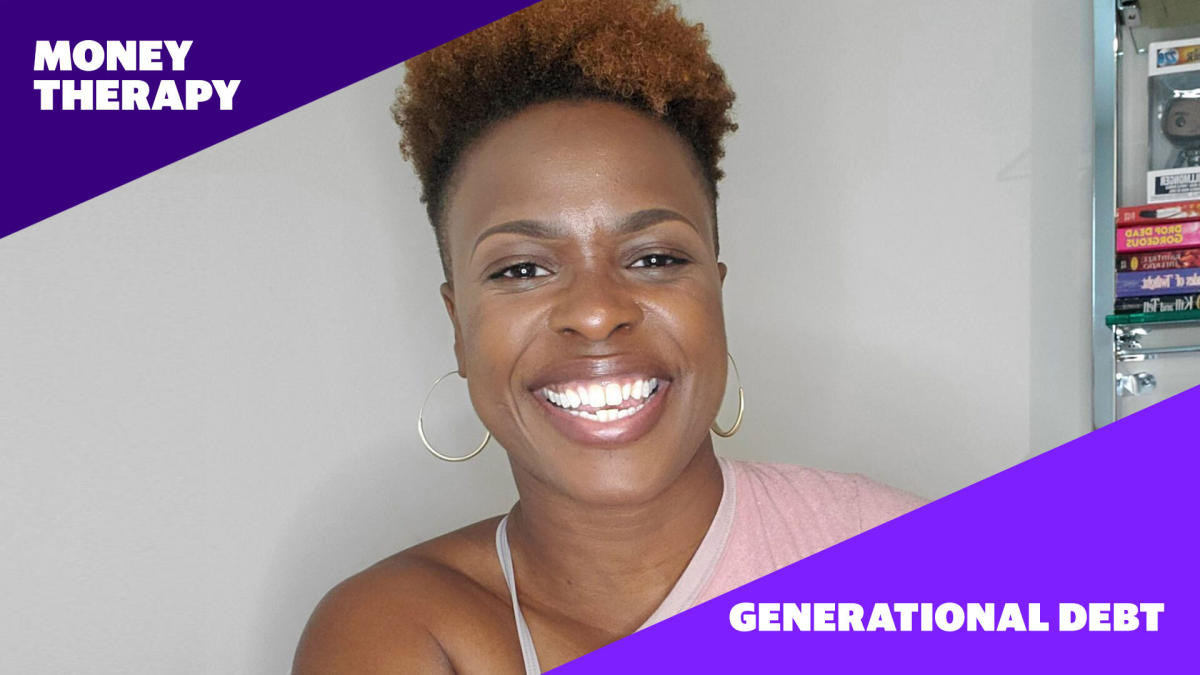 For many Americans, talking about money and debt growing up was a no-no, a taboo that carries into adulthood, complicating matters when grown-up children must help their aging parents.

Almost a third of midlife adults ages 40–64 provided regular financial support to their parents in the previous 12 months, according to a , while over 2 in 5 expect to do so down the road. More than half had given $1,000, while a fifth provided $5,000 or more.

But the statistics gloss over the emotionally-fraught nature of that financial relationship, financial coordinator Angela Matthews tells Yahoo Life and Yahoo Money.

“Oftentimes as children, we’re taught to not speak, to not ask questions, to not be curious, especially when it comes to finances and what our parents are doing with it. Older generations typically think that they know it all, have done it all, and they get to be all for us,” Matthews said. “But what happens when we find out there are secrets in the closet that have not come out to light?”

Just ask Demelza Campbell, who well into adulthood, discovered that her own parents, who stayed mum about their financial affairs for a long time, were $86,000 in debt while in retirement.

“I was so in shock, it was like the first thought that I had was, ‘Oh my God, how, how did my amazing capable, beautiful parents end up in this situation?'” Campbell tells Yahoo Life and Yahoo Money. “And then the very next thought, and I say, this shamelessly was, ‘Oh my God, does this mean that this is coming out of my pocket? Who’s gonna take care of this?’”

To understand the full extent of her parents’ money troubles, she had to coax it out of them slowly. Her first red flag was her mother’s reluctance to pay bills online. Then, she figured out what her parents owed: money to the IRS, personal loans and credit card debt.

Campbell made a plan. She helped her parents consolidate their debt by tapping a home equity loan at a lower interest rate. It also combined multiple bill payments into one.

“And that really just took this stress right off of their backs,” Campbell said. “They were so excited about that.”

Next, Campbell helped them to budget and think differently about money. When she asked her mother about the many head wraps she owned, Campbell realized that her mom’s purchases of the wraps weren’t just a splurge, but also a way to spend time with her lady friends who worked in the store.

“So am I going to, as her money coach cut off her ability to visit with her friends? No, I’m gonna find a way for her to continue to do that and also be aware of her budget,” Campbell said.

During this time, Campbell helped her parents right-size their food budget after getting them to realize they stocked up on too many goods in their pantry. Her father, 73, also started a trucking business, adding to her parents’ income.

At the same time that Campbell was watching her parents and their money, she took her eye off her own — that is, until her parents asked how her finances were going.

“And I really love my parents for that,” Campbell said. “ I love the fact that we were able to look at money in a very intergenerational way and recognize that what I’m giving to them is also what they give to me.”

I was so in shock, it was like the first thought that I had was, ‘Oh my God, how, how did my amazing capable, beautiful parents end up in this situation?’ And then the very next thought… was, ‘Oh my God, does this mean that this is coming out of my pocket? Who’s gonna take care of this?’”Demelza Campbell

Here are five ways Campbell and Matthews suggest approaching the conversation of money with your parents.

Have the tough conversation sooner rather than later

The sooner you start having these conversations, the sooner the awkwardness of them will dissipate. You also avoid coming in during a stressful time in their lives — or yours.

“Do not wait until your parents are maybe 70 or 80 or maybe dealing with an illness to have this conversation. Don’t wait until it’s maybe the worst day of your life… when they might need to go into a hospital or you might be at a funeral to have a conversation about the money,” Campbell said. “You wanna start early having this conversation.”

Remember how you always wanted your parents to treat you like a grown up when you were a teenager? That applies in reverse, in this case, Campbell said, noting her own experience.

“I think we all hear this idea of ​​like there’s some point where you become the parent and they become the child, right? I really distanced myself from that thought process because these are fully grown individuals that have their own money history and their own money experience,” she said. “They’re not children, they’re not coming to me as a blank slate. And I have to recognize that if I want them to do anything, it’s going to be done through influence and it’s gonna be done through asking questions.”

You don’t have to figure it all out on your own. If managing your finances gives you the heebie-jeebies, helping with your parents’ money won’t be any easier. So don’t feel ashamed to turn to a professional for help; feel empowered.

“And so if you don’t understand how to invest and make it grow, getting in that outside help and saying, ‘I want to go to my parents and create a plan. Can you tell me how much we’re going to actually need to make this happen?’” Matthews said. “The whole point is to make your parents feel that you are secure enough to handle this … even though inside, you might be thinking, ‘Holy heck, I have no idea what I’m doing.’”

Come from a place of love

“When you are retired, I want us to have a completely beautiful relationship where you can be with the grandkids and not worry about anything,” Matthews said advised saying to your parents. “And so I know coming to it from a space of love, coming to it from a space of, this is the future I envision for us. Let’s think about what could potentially prevent that from happening.”

Include all generations in money talk

Don’t stop with just your parents’ generation. Establish communication lines about money with your spouse and partner and later on, with your children, so these conversations are easier for everyone.

“Regardless if you are having this conversation with your parents or you’re having it with a partner, a spouse, someone that you are planning to spend many, many years with…or even your children, this is what you have to come to the table with: A clear desire, a clear ask, a clear intention,” Matthews said. “And it’s going to be that north star of yours to keep motivating you.”

Adulting 101: Why the emotional side of financial security can be ‘freaking awkward’

True cost of a child: How expensive are your kids?