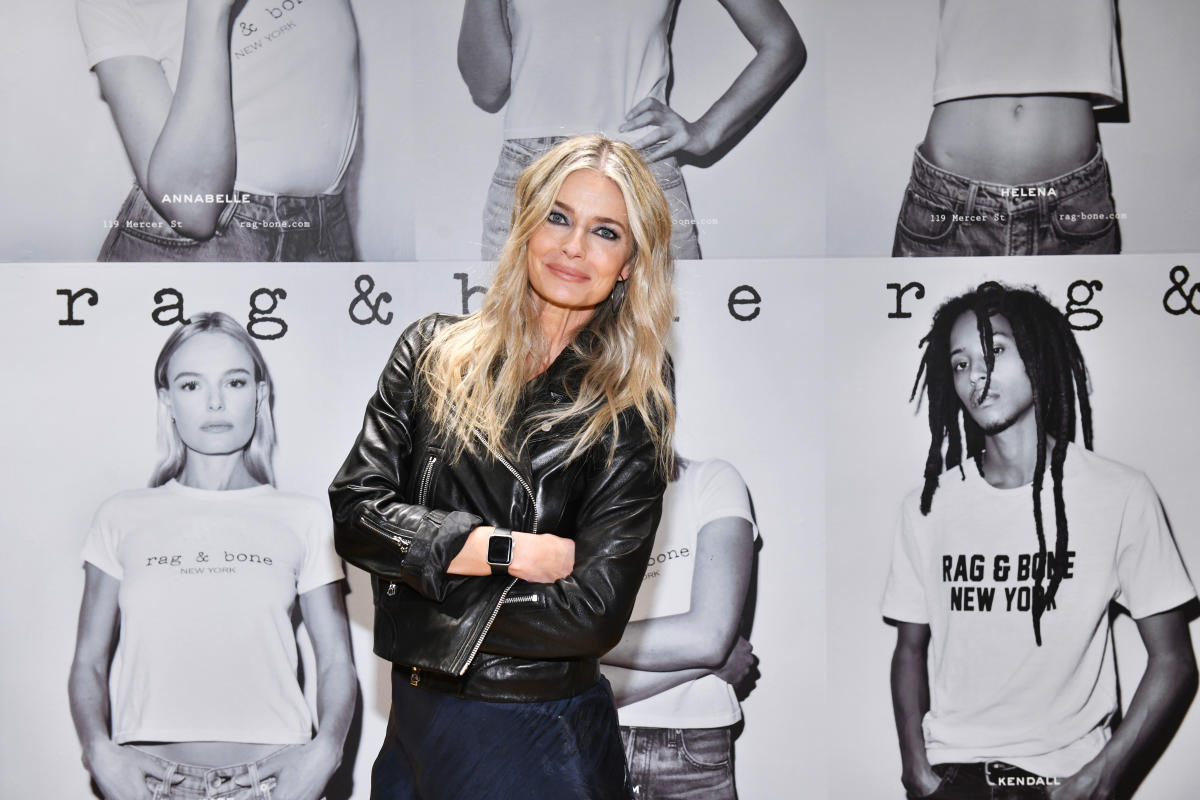 Paulina Porizkova’s latest musings on aging and abandonment are sparking thoughtful conversations on the topic from her loyal followers.

The supermodel, 57, shared a message on Instagram on Friday outlining a realization she’s had about her fears of abandonment, and crediting her age for the wisdom she’s gained along the way.

“Here’s a recent realization,” she began the post, which was alongside a stunning image of herself looking introspective. “I keep being abandoned by the people I love. I’m not writing this to play a victim, in some of those cases it was circumstantial. But it got me thinking about how one can set themselves up to perpetuate what they fear most.”

“My fear of abandonment makes me alternatively cling, and then dismiss people I love,” she continued. “At the first hint of distance — I make damn sure I shut the door first so they can’t leave ME. And it took me all the way into my fifties to realize this.”

She concluded: “Getting older is so great, you can expand your heart AND your brain — if you allow it.”

Porizkova’s message resonated with a lot of her followers, with many deciding to share their own anecdotes on the topic:

“This speaks loudly to me,” one commenter wrote. “I’ve lost a number of people recently from life and I’ve been incredibly hurting and lonely but also scared of losing anyone else so the people I have I grab close and push away. Many of them are younger than me probably because I feel they don’t need me anyway? Like some subconscious way of picking on myself even though they love me unconditionally. Thank you for writing this. Expanding our capacity to love is something to certainly develop. I’m grateful I saw this today.”

“You’re not alone in feeling that way,” another added. “I spent my entire life doing exactly that. Now almost in my mid 50’s and can still find myself building that wall to prevent it crashing down. It’s the nonviolent way to protect ourselves from cruelty.”

“I also think we energetically attract people who mirror our wounds or show us the wounds which need healing,” another follower said.

“It goes back to being abandoned as a child,” a user wrote. “It forms codependency. So, being detached. So, fear. It’s caused me to ruin many connections and lose a lot of joy. But, when you have these realizations, you become aware and that is the first step to healing. Being in touch with feelings & then working on pushing past fears & not living in the past & future and live in the present more. We try to control out of fear. let go Let it unfold and trust what happens is what was meant for your journey.”

Porizkova continues to bare her soul and lived pain to the world, using her platform as a vessel through which to connect with other women going through similar issues.

In February, the model opened up about why she’s decided to share her tears with the public, explaining that “pain isolates you,” while sharing feelings creates new opportunities to heal.

“Private crying versus public crying … they both have the same point of origin. Pain,” she began an Instagram post featuring a photo of herself laying on a sofa as her eyes welled up with tears.

“In publicizing your pain, by broadcasting it, you can either make people empathize (usually those who already understand pain), but make others uncomfortable,” she continued. “Our culture can accept public tears of gratitude, but not public tears of pain. Public tears are either a loss of control — crying on the street, in a restaurant, on the subway — or self pitying, as in the case of social media .”

She added: “There is a notion that if someone will photograph themselves while in this private space of pain they are being performative rather [than] honest. The mere act of lifting a phone camera to capture one’s pain is an interruption of the pain, which is supposed to render us incapable of such acts. It’s objectifying our pain. Hence, playing a victim for the empathy of others.”

She went on to say that while she can only speak for herself, “it’s not the capturing of your tears for the empathy of others, it’s the element of making it public.”

“Why does one feel the need to publicize private pain?” she asked. “Because pain isolates you. It traps you on a deserted island. And your tearful selfies are in fact the messages in a bottle you toss in the water in an attempt to be heard.”

Want lifestyle and wellness news delivered to your inbox? Sign up here for Yahoo Life’s newsletter.